Volodymyr Zelensky, the president of Ukraine, dismissed the first deputy secretary of the National Security and Defense Council.

Ukrainian President Volodymyr Zelenskiy dismissed the first deputy secretary of the National Security and Defense Council, Ruslan Demcenko, on whose account a journalistic investigation put an agreement signed in 2010 and which favored the occupation of the Crimean peninsula by Russia, the agency reports on Monday EFE, quoted by Agerpres.

According to the Ukrainian publication The Kyiv Independent, Zelenski’s decision is related to the said investigation published in November by Radio Free Europe.

Zelenski’s main adviser, Mihailo Podoleak, says, however, that the dismissal of Demchenko – who has been in that position since June 2020 – is motivated by “personal reasons related to the state of health” and is not related to “any theory” of the conspiracy”.

According to that journalistic investigation, Ruslan Demcenko in 2010 supported the signing of the agreement known as the Kharkiv Pact, by which Ukraine extended to Russia the rent of naval installations in Crimea in exchange for the purchase of Russian natural gas under favorable conditions.

The new dismissal is part of the series of dismissals recently ordered by President Zelensky in the system of Ukrainian law enforcement agencies, the most notable being those of Ivan Bakanov, head of the Security Service (SBU) and childhood friend of the president, and of Prosecutor General Irina Venediktova. 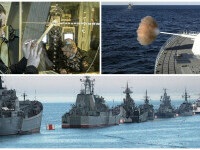 Russia announces that it will continue to bomb Odesa, despite the agreement reached with Ukraine in Istanbul

Russian Foreign Minister Sergei Lavrov said that Moscow’s attack on the port of Odesa did not violate any of the commitments that Russia accepted under the agreement to guarantee the export of Ukrainian grain, reports CNN. 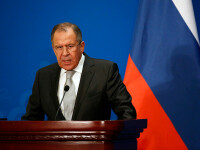 Lavrov: “We will help Ukrainians get rid of the current anti-people and anti-historical regime”

“The European countries, which do not depend on Russian gas, must be in solidarity with those who have problems with stocks,” said the head of the European Commission. 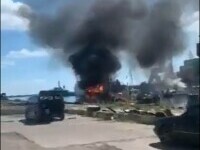 War in Ukraine, day 152. The Kremlin claims that the Odesa attacks do not affect grain exports from Ukraine

ȘtirileProTV.ro broadcast, on Monday, in LIVE TEXT format the most important events of the conflict between Ukraine and Russia. 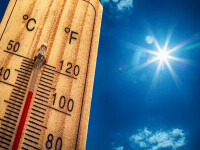 The heat wave will persist in the following days, it will be 40 degrees in Bucharest. The north of the country, affected by storms

Areas in the west and south of the country, including the capital, will be under Code Orange for heatwave and severe thermal discomfort on Tuesday, according to a warning issued by the National Meteorological Administration (ANM). 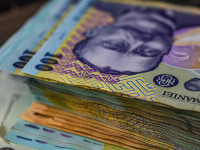 The three-month ROBOR index rose again on Tuesday, July 26. A higher level was recorded in 2010

The three-month ROBOR index, based on which the cost of consumer loans in lei with variable interest is calculated, rose to 7.56% per year on Tuesday, from 7.51% per year on Monday. 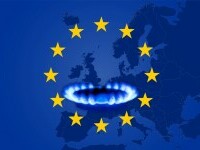 EU countries oppose the EC plan to reduce gas consumption by 15%. Exemptions from the mandatory target have been proposed

European Union countries are trying to ease the European Commission’s plan to use less gas as Europe braces for a winter of supply uncertainty from its main supplier, Russia.