Volodymyr Zelenskiy’s advisers worried in the early days of the invasion that Russian forces would try to kill the Ukrainian president with lethal gas.

A new Washington Post report cited by businessinsider.com shows that in the early days of the war, as Russian forces advanced toward Kyiv, there were fears that President Zelensky could be killed with a potentially lethal gas.

Oleksiy Arestovych, a military adviser to Zelenskiy, says the Ukrainian leader was warned by the presidential guard that his office was a “aim“.

Zelensky’s military adviser urged him at the start of the Russian invasion to move to a location outside Kiev.

“There was talk of barricading the exits and releasing the gas”Arestovich said of the approaching Russian forces.

Oleksiy Danilov, head of Ukraine’s National Security and Defense Council, also warned Zelensky that there was information indicating a plan to kill or capture him.

Zelenski was also warned to make sure anyone around him who owns a gun is trustworthy.

This information was revealed as Moscow made false claims that Ukraine was ruled by the Nazis, thus justifying the invasion.

Volodymyr Zelenskiy is the first Jewish president of Ukraine, and there were people in his family who died during the Holocaust.

Zelensky, famous for the line: I need ammunition, not a ride

At the time, Zelensky seemed aware that his life could be in danger at any moment.

“This may be the last time you see me alive,” said Zelesnki at the end of February, addressing world leaders.

Despite warnings, Volodymyr Zelensky refused to leave Kiev, a move by the Ukrainian president applauded around the world.

The Ukrainian leader is now famous for the line: “The fight is here. I need ammunition, not a ride.”

War in Ukraine, day 183. Explosions were heard in the Kyiv region

Zelensky: At least 22 dead and dozens injured following a Russian attack on a train station in eastern Ukraine

The US will provide Ukraine with Vampire systems against unmanned aircraft, or anti-drone systems, Defense Department Undersecretary for Policy Dr. Colin Kahl told reporters on Wednesday, as quoted by CNN.

What the Russians hid at the Zaporozhye nuclear power plant, right next to a reactor. The image captured from the satellite

The British Ministry of Defense has released satellite images showing that Russia maintains troops at the Zaporozhye nuclear power plant, right next to one of the reactors. The Russian military hid military vehicles under pipes and walkways.

Military expert: War between Russia and Ukraine could last 50 to 80 years

The war between Russia and Ukraine could last 80 years, according to the former director of the Royal United Services Institute defense think tank.

The Zaporozhye nuclear power plant was “completely disconnected” from the electricity grid, the Ukrainian operator announces

Power supply to the Zaporozhye nuclear power plant has been restored, the pro-Russian regional governor says 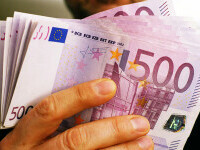 The budget deficit rose to 1.94% of GDP after the first 7 months. Compared to the same period in 2021, it is decreasing

The consolidated general budget deficit increased to 1.94% of the Gross Domestic Product (GDP) after the first seven months of this year, from 1.71% of GDP in the first half of 2022, according to data from the Ministry of Finance. 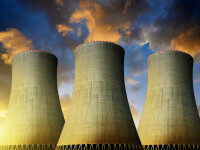 Japan wants to relaunch the nuclear industry, 11 years after Fukushima 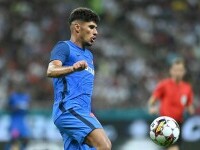 Viking – FCSB in the Conference League. Where you can watch the match online, broadcast by PRO TV

The match between Viking and FCSB in the Conference League play off is broadcast exclusively on TV by PRO TV, today, from 20:00. Also, the game can be watched live, online, on VOYO.