Nicu Ceaușescu, the youngest son of Nicolae and Elena Ceaușescu, would have turned 71 today. Raised and educated to become the ruler of Romania after his father, nicknamed “The Prince”, he was an extremely controversial character.

Nicu Ceaușescu was born on September 1, 1951 in Bucharest, before his father became general secretary of the Communist Party.

Unlike his siblings, Zoia and Valentin Ceaușescu, Nicu’s parents gave him a political career and he was prepared to become the future ruler of Romania after his father.

A graduate of the Faculty of Physics, Nicu Ceaușescu was nicknamed “The Prince” by the people, especially because of the extravagant life he led. Surrounded by the children of other influential nomenclaturists, Nicu was the protagonist of some memorable parties.

The Tumultuous Personal Life of “The Prince”

Historians say about his personal life that it is mostly sprinkled with downright fantastic stories and it is difficult to distinguish truth from fiction. They talk about rapes, physical violence against other people, famous mistresses.
He was said to have had a relationship with Nadia Comăneci, before the greatest Romanian gymnast left the country, but other famous women were also associated with the name “Prince”. 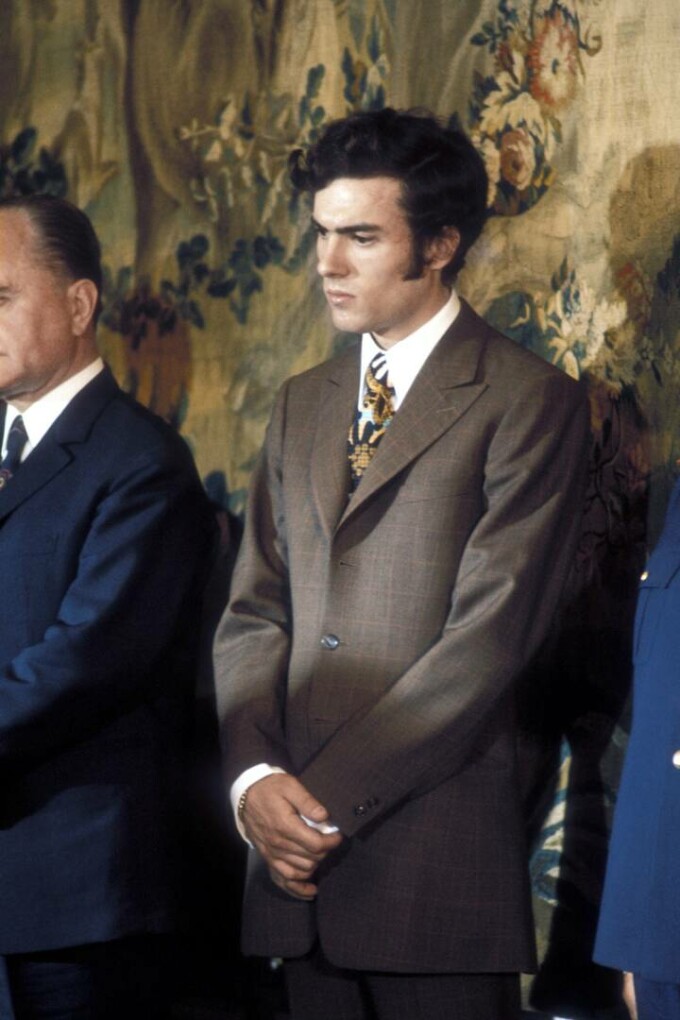 However, a few women are known that Nicu loved in his youth. The first to be talked about was Donca Mizil, the daughter of Paul Niculescu-Mizil. The relationship between the two lasted approximately 10 years, from 1969 to 1979, and was interrupted at the request of Elena Ceauşescu. Nicu and Donca were expecting a child, but she was forced to have an abortion, an episode that affected them both.

Another famous girlfriend of Nicu Ceauşescu was the soprano Daniela Vlădescu. The two had a relationship after the dictator’s middle son was married to Poliana Cristescu, a trusted activist, head of the pioneers’ organization. The relationship with the soprano continued until the Revolution of 1989.

The political activity of Nicu Ceaușescu and his arrest

After the revolution of 1989, Nicu Ceaușescu was arrested and accused of genocide, especially serious murder and undermining the national economy.

On September 21, 1990, he was sentenced by the Bucharest Territorial Military Court to 20 years in prison for incitement to particularly serious murder and to 5 years for non-compliance with the arms and ammunition regime.

On June 3, 1991, through the retrial of the case, his legal status was changed and his sentence was reduced to 16 years in prison.

On November 20, 1992, he was sentenced to 5 years in prison for illegal carrying of a weapon and violation of the weapons and ammunition regime. He is on medical parole.

The death of Nicu Ceaușescu

While in prison he contracted cirrhosis, was released on sick leave and left the country for treatment in Vienna.

On September 16, 1996, at the age of 45, he was admitted urgently to the University Clinical Hospital in Bucharest with the diagnosis of upper digestive hemorrhage, esophageal varices and chronic liver cirrhosis.

On September 18, he leaves Romania for a surgical intervention in Vienna.

On September 26, 1996, Nicu Ceaușescu dies in Vienna. He is buried three days later at the Ghencea-Civil Cemetery, with the tricolor on the coffin.

He died on September 26, 1996 in the Allgemeines Krankenhaus der Stadt Wien (AKH) clinic in Vienna.