A new test has been approved by the Minister of Education

The education system changes from year to year. So, the Ministry of Education passed a new law, among many others. The new format of the baccalaureate exam, as well as the organization of the high school entrance exam, caused the most discussions in the public space. After the debates with the education staff, Sorin Cîmpeanu announced that he accepted a series of proposals.

The Romanian language will therefore have a separate exam at the Baccalaureate in 2027. This will also touch the grammar part. Initially, the exam does not have a separate assessment for this subject. A fact that made the Romanian language teachers revolt and explain why it is important that high school graduates are still evaluated in their subject. 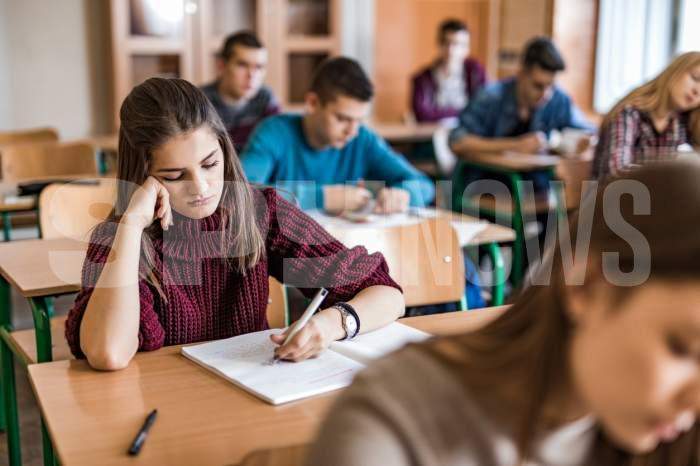 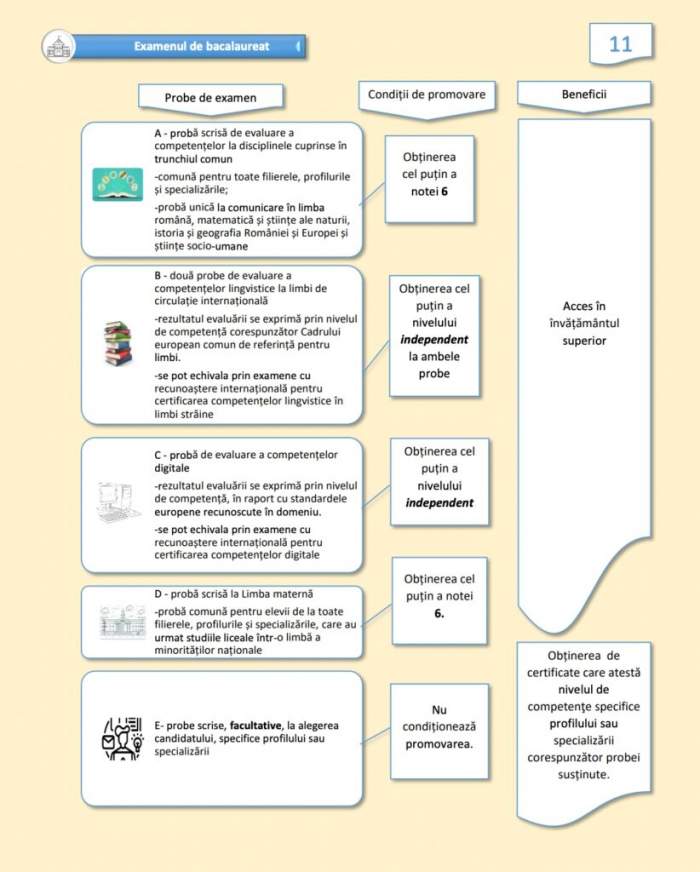 “The structure of the Romanian language test will allow the evaluation of specific skills, eliminating the emphasis on mechanical learning. The promotion of the national baccalaureate exam will be conditional on obtaining an average of 6, based on the grades obtained in the Romanian language and literature test and in test A, which includes subjects from the common core (mathematics, physics, chemistry, biology, history, geography and social sciences -humans)“, explained Sorin Cîmpeanu.

This time, there will be another test as part of the baccalaureate exam. So the last test, E, remains optional. This would be the hardest, and the students will support it in the subjects for which they feel best prepared. The test will be taken into account by the faculties or the workplace. So, if a student is very good at math, they can choose to show their skills by taking this test. Later, this will be taken into account for admission to the respective faculty. Further, this provision arouses dissatisfaction.

What will be the new tests of the baccalaureate exam

The new tests of the baccalaureate exam will be:

– a written test to assess the skills in the subjects included in the common core;

-a digital skills assessment test, which, as before, will result in a level of competence;

– an optional written test, which aims to evaluate the contents of the specialized subjects.

The new laws for the baccalaureate will be applied starting with the year 2027. By then, the framework plans and programs for the high school will have to be completed. That is, those entering the ninth grade from 2023-2024 will have a different program, according to Edupedu.ro.

At this moment, the possibility of national colleges to organize an entrance exam to select up to 90% of students remains valid. Minister Sorin Cîmpeanu stated in a press conference that the National Assessment will be a mandatory test for all students.

Apart from the educational unit” could mean that there will be standard subjects in all the high schools that take these exams, carried out either by the specialists of the Institute of Educational Sciences or by those from the Romanian Academy, not by the teachers of each college, which would have caused inequities, according to many voices in the system. And the correction will be done digitally, except for the colleges.“, declared Sorin Cîmpeanu.

Basically, after the exam admission is finished, the computerized admission will begin, as before, based on the averages from the National Assessment. This is to happen from 2024.

At the same time, all colleges that decide to do so will be able to organize these exams. The new law also offers the possibility for students who won the first prize at the national Olympiads or the I, II and III international prizes to enter high school without an exam and without giving the National Assessment.