After two years of restrictions, the luxury train “Orient Expres” arrived again in Romania and stopped in Sinaia and the North Station.

The more than 80 passengers will stay for one night in the capital, after which they will continue their journey to Istanbul. For the 5-day trip from Paris, foreign tourists paid over 17 thousand pounds, per person.

Traveler: “It is beautiful here! Superb.”

The Orient Express first stopped at Sinaia. For two hours, tourists visited the city and Peles. The route was established more than a hundred years ago when King Charles I insisted that tourists visit the castle. The travelers were delighted by the view and the Romanian food.

Tourists, husband and wife: “Once in a lifetime you get a chance to see something like this! What a beautiful city!”

Tourist: “It’s very similar to what we see in the movies. No drama, yet. It’s wonderful, I love it.”

Fascinated by the beauty and history of the train, Alex formed a group of friends from the country. They all came from Iasi following the Orient Express train. They are passionate about photography and want to capture the most beautiful images.

Alex: “It’s a rare occurrence. I caught him in Brașov this morning, then in Predeal and now in Sinaia. Very clean! What inspires you? A lot of elegance.”

Virgil: “It’s a guilty pleasure of all enthusiasts, to come and catch the Orient, when everyone escapes and comes and enjoys as a family, taking pictures, getting to know each other, socializing.”

At a quarter past 2 p.m. the passengers resumed their seats and continued their journey. Surprisingly, the Orient Express arrived at the North Station at the appointed time, although the carriages were pulled by two Romanian locomotives, one electric and one diesel.

Tourists will stay for one evening in Bucharest. They will stay at a luxury hotel and have a special dinner. Some are not on their first trip of this kind.

Tourist: “Is the best! Very elegant. Unique. The organizers – the Orient Express people will take us to the Old Center of the city, there are several nice restaurants.”

Tourists paid around 17 thousand pounds, i.e. the average salary of a Romanian for two years, to go by train through Paris, Budapest, Bucharest, Varna and then Istanbul. At such a rate, the claims are reasonable.

Chef: “Caviar. They really like it and buy it.”

Eight chefs from Italy, France, Spain or Poland cook for the guests. Immediately after the passengers disembarked, the employees restocked the galley with fresh food.

Travel organizers: “We are now loading the food! We don’t take all the produce from Venice because there is a risk that it won’t be as fresh for the guests. We now load fresh fruit, fresh vegetables. On the train, there are also parties or live jazz performances.”

Only the royal families, the aristocracy and the big industrialists could afford the luxury of traveling on board this train. The Orient Express is also known as the spy train because it was the preferred way for spies of the time to travel quickly between western and eastern Europe. The Orient Express ended up in movies and books, and the most beautiful story related to its name is the one written by Agatha Christie.
The Orient Express was originally the ambitious dream of a Belgian who wanted a train that would run from one end of the European continent to the other.

The famous Orient Express train will run from August 28/29 to September 4, 2022 on the territory of Romania, and the main railway objectives are the Sinaia and Bucharest North stations.

People get off the luxurious train to visit historical sights in Romania.

The modern story of the Orient Express train began in 1977, when an American had the brilliant idea to revive the sophisticated atmosphere of travel before the great wars.

He spent $16 million to buy 35 luxury carriages built at the turn of the last century. He renovated and decorated them using only precious materials: crystal, Murano glass and mahogany wood.

For a five-night stay, a traveler has to fork out no more than £55,000 for a large apartment compared to £17,500 for a twin room. Prices vary depending on the season.

For breakfast, people can order grilled scallops on a bed of mini-ratatouille, white butter with milk and coconut powder, mashed broccoli and quinoa with currants.

Orient Express train route on the railway network in Romania: 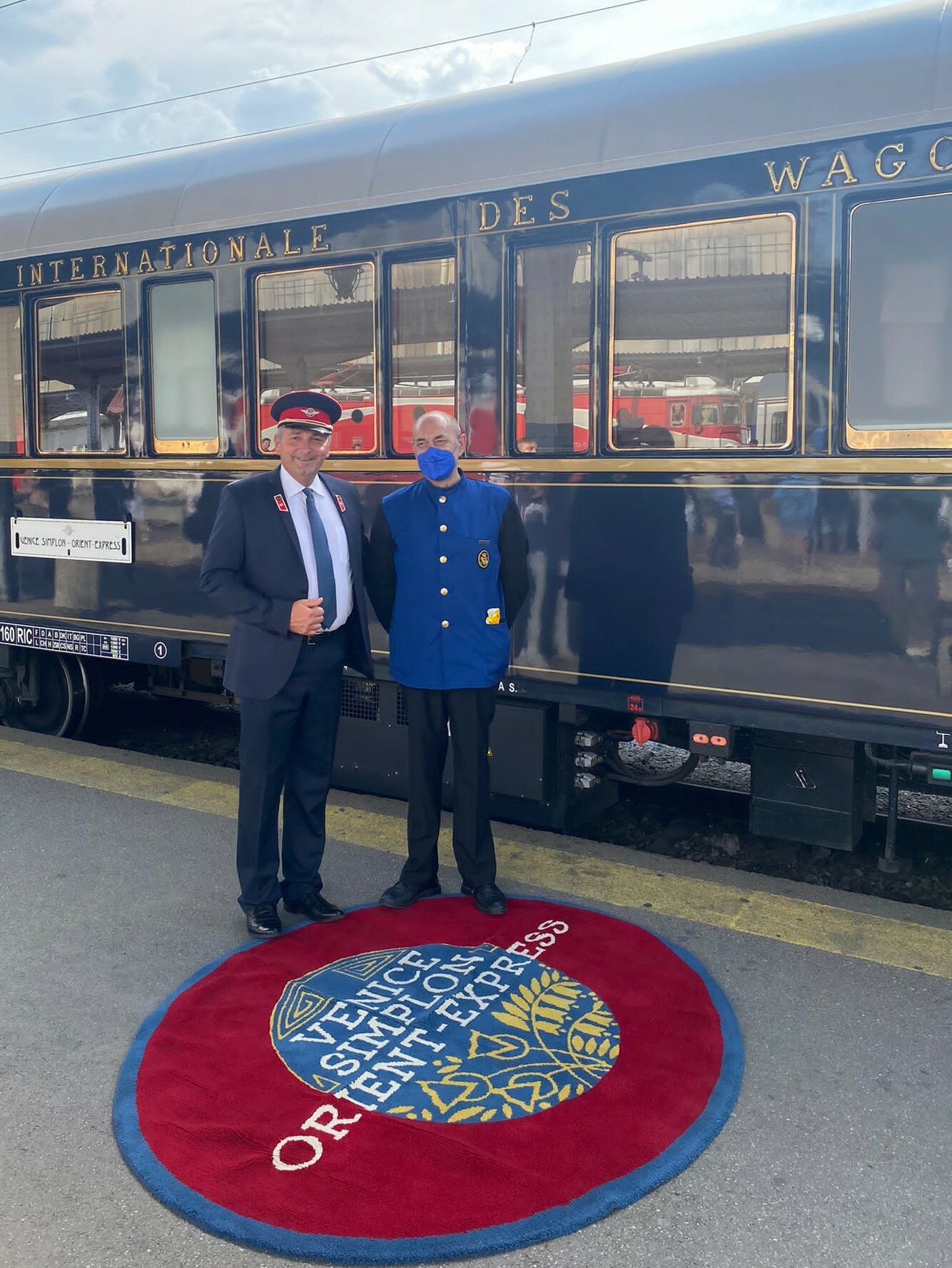 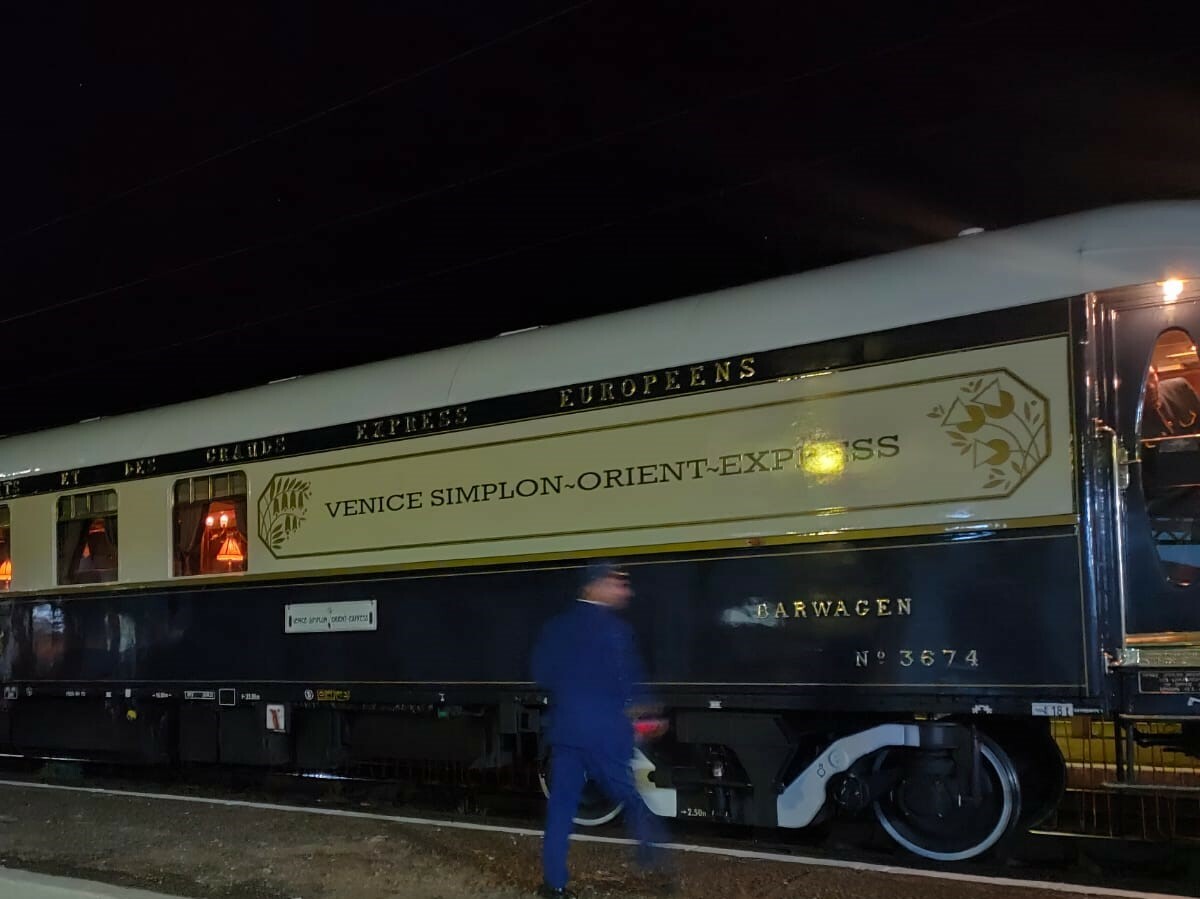 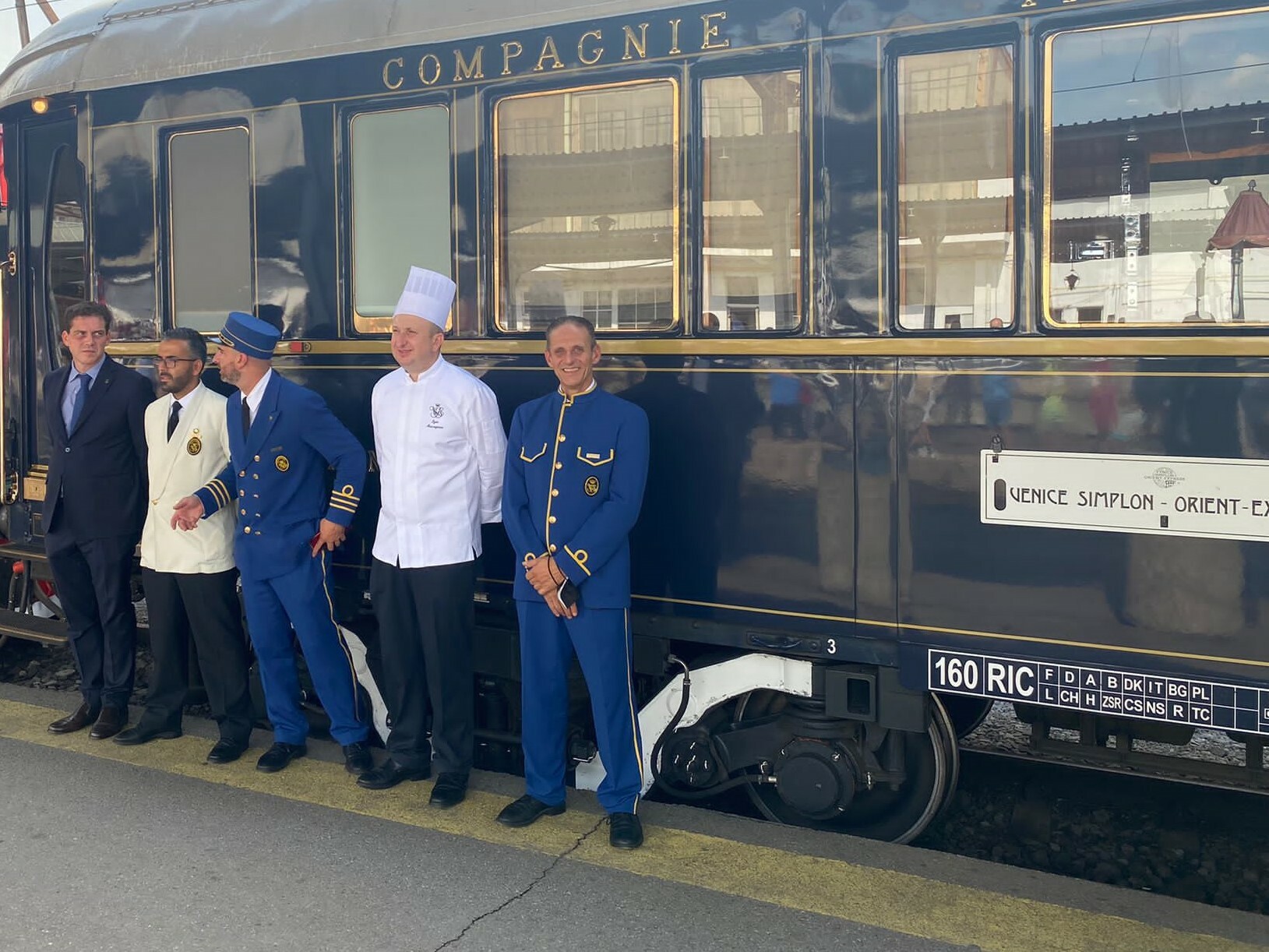