After facing a serious supply problem, as well as a shortage of French fries, the company that now manages the former McDonald’s restaurants, “Tasty and Tasty”, announces that it has solved the problems and is opening its restaurants.

Oleg Paroev, CEO of the company “Tasty and that’s it”, welcomed the activity in the first 100 days, but withheld important details about sales, revenues, new products and import markets.

McDonald’s left Russia after a Western backlash against Moscow’s military campaign in Ukraine, which included a wave of economic sanctions, and sold all its restaurants to a local licensee, Alexander Govor, in May.

The restaurant chain’s results have exceeded the company’s expectations since reopening, but challenges have also been “much more complicated” than originally expected, Paroev said.

Potato supply problems have left many of the chain’s restaurants without fries this summer.

“I suffered for two or three months“, said Paroev. He also added that the supply of potatoes has now been resolved, declining to say which countries are now sending potatoes to Russia.

Mirroring a broader trend among Russian companies seeking to avoid the impact of sanctions on Ukraine, “Tasty and That” plans to replace imports of critical ingredients with local products, Paroev said.

Since September 16, “Tasty and That” has been serving cola on tap, now offering Dobry Cola, after Coca-Cola limited its operations in Russia.

With 820 locations currently open in Russia and millions of rubles spent on rebranding, Paroev also said he is in talks with the remaining former franchisee to join the Vkusno&tochka brand.

US: Russia’s Wagner mercenary group tries to recruit more than 1,500 criminals for war in Ukraine

The Wagner Group is trying to recruit more than 1,500 convicted felons to join Russia’s war in Ukraine, but many of them are refusing to join, a senior US defense official said Monday.

Liz Truss pledges at least £2.3bn of military aid to Ukraine by 2023

Prime Minister Liz Truss will promise to match Britain’s spending on military aid to Ukraine next year as she resumes her government agenda after the Queen’s funeral, the BBC reports.

Approximately 146 bodies of those who died as a result of torture and Russian bombings have already been exhumed near Izium. Oleh Syniehubov, the head of the Kharkiv regional military administration, reported this on Telegram.

Putin, on the second day of the UN General Assembly: “We will not deviate from our sovereign trajectory”. The message sent to the US

The President of Russia, Vladimir Putin, promised, on Tuesday, to continue his “sovereign” foreign policy and denounced the American will for “hegemony” in front of the UN General Assembly, marked by Russia’s invasion and offensive in Ukraine.

Erdogan, asked if Russia should be allowed to keep the territories conquered in Ukraine: No and no!

Turkish President Recep Erdogan believes that Russia should not be allowed to keep the territories it captured in Ukraine as part of the peace negotiations.

Ukrainian nuclear plant bombed: Moscow is intensifying its “nuclear blackmail”, says the director of the plant

Russia intensified its “nuclear blackmail” against Kiev by bombing a second Ukrainian nuclear power plant, the Pivdenukrainsk (southern) plant, the director of this facility, Igor Polovych, said on Tuesday

Russian deputies passed a law on desertion and surrender in time of war. What punishments do the Russians risk?

Deputies of the Russian State Duma unanimously adopted a bill on prison terms of up to 10 years for voluntary surrender, and up to 15 years for wartime robbery.

Olga Skabeieva, a famous TV presenter from Russia, said during a talk show that her country should have nuked the United Kingdom during the funeral of Queen Elizabeth II. 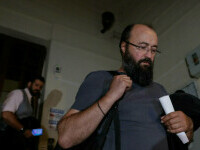 Father Visarion Alexa has not yet escaped the care of the arrest. Prosecutors want him behind bars, and the decision will be made on Monday

The priest Visarion Alexa could end up in prison after all. The priest accused of sexual assault on a parishioner is to appear before the judges again, because the prosecutors did not give up the request for preventive arrest. 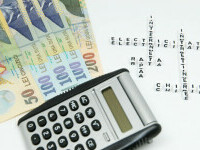 Positive signals from the electricity market. Prices, at the lowest level since the energy crisis began

Positive signals are coming from the wholesale electricity market. Prices this weekend reached their lowest level since the energy crisis began. 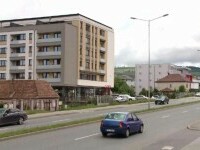 The real estate market, in sustained decline. Fewer houses and apartments were sold

Fewer homes were sold this summer compared to last summer. In Bucharest there was a decrease of 6% when it comes to apartments, but in other cities, the decreases were significant.