”Europe is reaping what it has sown. Europe’s attitude towards (Vladimir) Putin and the sanctions made him – whether we like it or not – say: ‘If you do this, I will do this’”the Turkish president said during a press conference in Ankara, reports France Presse, quoted by Agerpres.

“Putin uses all the means and weapons at his disposal, primarily natural gas. We don’t want to, but I think Europe will have serious problems in the winter”Erdogan added, stating that Turkey will not face ‘such problems’.

The Kremlin has said that the West is responsible for stopping Russian gas supplies to Germany through the strategic Nord Stream gas pipeline, claiming that sanctions imposed on Russia are preventing maintenance work on the gas infrastructure.

Erdogan, good relations with both Moscow and Kiev

”The delivery problems arose because of the sanctions imposed by the Western countries. There is no other reason for these problems“, stated the spokesman of the Kremlin, Dmitry Peskov, who until a few weeks ago did not cease to assure that Russia is a “reliable supplier” and that even during the Cold War, the USSR did not stop the supply of gas to the West , according to Russian media.

The European Union decided to introduce a gradual embargo on its imports of Russian oil and petroleum products. It has ended the purchase of coal from Russia, but Russian gas, on which it is highly dependent, is not targeted for now.

Turkey has good relations with both Moscow and Kiev.

Erdogan announced in early August an agreement on partial payment in rubles for Russian gas supplies to Turkey.

According to analysts, the agreement would allow Russia to continue supplying Turkey with hydrocarbons through the TurkStream gas pipeline under the Black Sea.

In 2021, Turkey imported from Russia about a quarter of the required amount of crude oil and 45% of natural gas purchases.

On February 24, the Kremlin launched an unprovoked and unjustified invasion of Ukraine, the first such act of aggression against a sovereign state in Europe since World War II. The EU and the US, as well as other Western states, have instituted severe sanctions against Russia.

War in Ukraine, day 195. The IAEA will make public the findings after the mission at the Zaporozhye nuclear power plant

The International Atomic Energy Agency (IAEA) will present, on Tuesday, a report on the situation at the Ukrainian Zaporozhye nuclear power plant, occupied by Russian forces.

When will Russia again deliver gas through the Nord Stream 1 pipeline. The announcement made by Dmitry Peskov

Russia will once again deliver gas through the Nord Stream 1 pipeline after the West lifts sanctions imposed after the invasion of Ukraine.

Strong explosion at Energodar, the city where the Zaporozhye nuclear power plant is located

A strong explosion rocked the city of Energodar on Tuesday, where the Zaporizhia nuclear power plant is located, currently the city is deprived of electricity and running water, the Ukrainian mayor of the city, Dmitri Orlov, wrote on Telegram.

The Russian Foreign Ministry accused, on Tuesday, that the United States caused the gas supply crisis in Europe, pushing European leaders to the “suicidal” step of reducing economic and energy cooperation with Moscow.

Vladimir Putin, compared by the British Minister of Defense to a drug dealer: “He will come back for more”

Vladimir Putin has endorsed Moscow’s new foreign policy doctrine, a document which states that Russia should “protect, save and promote the traditions and ideals of the Russian World”.

Bombardment of the city of Energodar, where the Zaporozhye nuclear power plant is located

The Ukrainian city of Energodar, where the Zaporozhye nuclear power plant is located, was bombed on Tuesday evening, according to announcements from both the Ukrainian and Russian sides, who again blamed each other for the attacks.

The Ukrainian president, Volodymyr Zelensky, rang the opening bell of the New York Stock Exchange from a distance on Tuesday. 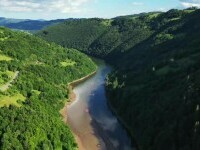 Romania, I love you!

Huge landfill, hidden by the authorities by burying the waste, in Baia de Aries. Plastic, also found in fish

Be careful, mountain river fish contains a lot of microplastic! This is what the warning of the health authorities should sound like in the near future. 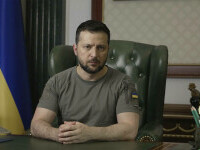 President of Ukraine: Europe is not a promenade for Russian criminals and those who support them

The President of Ukraine, Volodymyr Zelensky, said that he is grateful to Ursula von der Leyen and the European leaders for the visa restrictions for Russian citizens, writes News.ro. 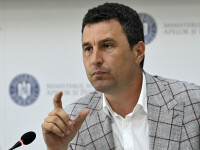 The Minister of the Environment, Tanczos Barna, made, on Tuesday, some short statements, transmitted on his Facebook page, about the scandal caused by the suspension of the flights of the Blue Air company.