A judge for rights and freedoms separated the manele singer Dani Mocanu and his brother last night.

He placed the first under house arrest, and the other under preventive arrest for 30 days.

The two are being investigated for attempted murder, after brutally beating a man in a gas station on the outskirts of Pitesti.

Around midnight, Dani Mocanu left the Argeş Court through the door used by the magistrates. 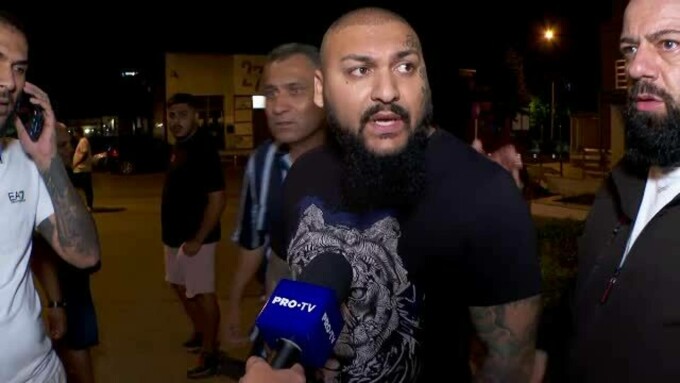 Dani Mocanu: “I am very satisfied with the court’s decision and we thank them in this way. Justice is done. At last this is it, my brother struck in despair. He defended himself, he struck in desperation, that’s it, he will pay if it is considered to the end that this crime will be apprehended. Many thanks to the court for judging correctly.”

While he was placed under house arrest, a 30-day preventive arrest warrant was issued for his brother.

His father, brothers and friends who were waiting for him applauded loudly after he was put in the police car.

Viorel Mocanu: “First of all, I thank Jesus Christ for being the son of God, he made all of us in His image and likeness, and Jesus has the last word. And I thank the people of justice”.

Dani Mocanu did not want to say at which address he will be in custody, nor what triggered the scandal at the gas station. 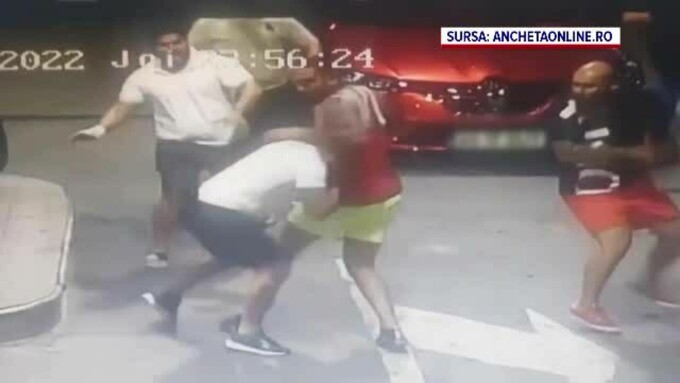 The beating that brought the manele singer Dani Mocanu the charges of attempted murder and disturbing the public order took place last week in a gas station at the exit from Pitesti.

Together with his brother – Nando – and other individuals, the performer lashed out in anger at some men with whom he had previously had a dispute.

While Dani Mocanu is holding one of the rivals, his brother hits him with a metal bar. The victim suffered a fractured skull and is still in hospital.

The manele performer then went with his brother to Naples. When the two returned to the country, at Henri Coandă Airport, the police were waiting for them.

With many violations of the law in the past, Dani Mocanu has so far remained at large.

In 2017, he was caught behind the wheel of a car, although he did not have a driver’s license, and received a 6-month suspended sentence. Two years ago he relapsed and the case is still being judged.

Dani Mocanu, a singer with a rich track record

Also in 2017, Dani Mocanu was accused of pimping and forming an organized criminal group. The case is pending before the Dâmbovița Court and there is still no final sentence. For now, it brought the singer only fame.

Dani Mocanu: “I am angry, outraged and I feel like dying. That the whole country saw me on TV. Handcuffed to the police. Unjustly accused of prostitution.”

The year 2019 followed – when the performer published a video on the Internet in which he instigated hatred and violence against women. In this case, after 2 years of trials, he was criminally fined 15 thousand lei.

In another video, released two years ago, Mocanu appeared alongside a tormented lion. The police have opened a criminal case for animal cruelty, but the investigation is not over.

Last month, the singer was detained after threatening a young man with a knife in a club in Târgu Mureș, but the judges decided that he should be investigated under judicial control. Released from custody, Mocanu published defiant messages on the Internet from his car.

Dani Mocanu: “Don’t be too happy that I’m not in prison. I apologize to my enemies but God does not please them”.

In the case in which Dani Mocanu is now being investigated for attempted murder, the victim did not file a complaint. The police are also trying to clarify the reason for the conflict in the gas station.