A true monument of the ecosystem and biodiversity, the Apuseni Natural Park is in danger of being completely devoured by insects. The hand of man is not responsible this time, but a species of insect popularly known as the ipides-bark beetle or typographer’s beetle.

The Apuseni Natural Park is being devoured by insects

The harmful insect would have arrived several years ago in the forests of the Apuseni Natural Park, but the situation worsened after 2017, informs Făclia de Cluj. At that time, a storm of great proportions felled a lot of trees, which were thus colonized and became the home base for the beetles. 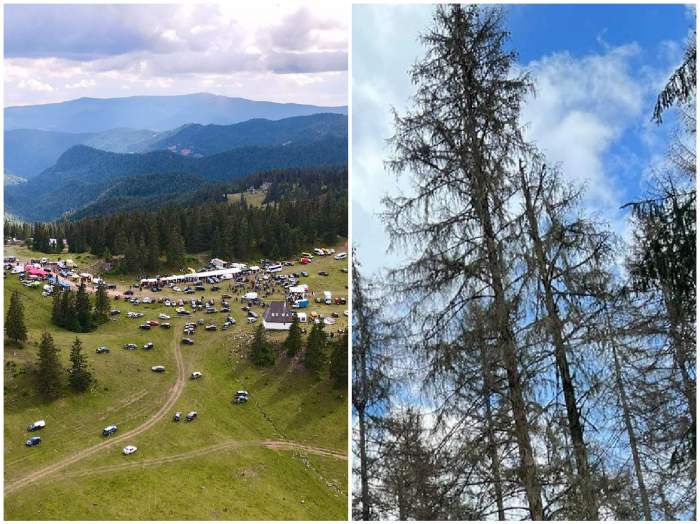 “The whole thing started in the fall of 2017, when a heavy storm knocked down a lot of trees. We analyzed the situation from the beginning and convened the Scientific Council of the Park to find solutions. The Scientific Council decided to take emergency measures, even if it is a non-intervention zone, to stop this phenomenon from expanding in the future. In the first stage, the forest department that administers the forest fund in the area asked us for a derogation, according to the law, for exploitation in order to prevent the attack of ipids. In that area, we approved the extraction of those infested trees and trees with the potential to be infested, precisely to prevent such an explosion in the forest. What happened, what did not happen, it is certain that the measures were taken late. Moreover, it can be seen that they did not intervene on the forest. In the end they also led to a disturbance on the forest in terms of the soil cover on the surface and on other healthy trees. Unfortunately, through the measures taken, instead of the phenomenon being kept in check, it was amplified”, explained Alin Moș, director of the Apuseni Natural Park Administration, according to Adevărul.

This summer’s drought and heatwave have made the situation even worse. The cockroaches proliferated and spread freely, and the measures taken by park administrators only slowed the process down a bit.

“When the fir trees are attacked by this beetle, one of the first signs will be a “gumming” of the bark. This is a good sign, because it indicates that the tree is fighting off the attacks of the beetles. So you can see how on the spruce bark, the absolutely transparent resin flows from the holes left by the insects, while on the pines, the resin is viscous, yellowish-white in color. The bad news is that in the case of invasions, when there are a lot of beetles, there is nothing left to do and the trees are overwhelmed. The problem is not specific to Romania, but in recent years several forests have been attacked”said biologist Ion Popa.

Specialists emphasize that insect attacks can be abolished only if measures are taken in time. At the stage the forest in the protected area has reached, it is almost impossible for the insects to be stopped.

Apuseni Natural Park is a protected area of ​​national interest and has a total area of ​​75,784 ha. The park covers the administrative territories of Cluj, Alba and Bihor counties.